The Birth of Mother Mary – What do we know?

Do you know who were Mother Mary’s parents or where she was born? Here are some highlights of her origins

As the mother of Jesus, Mary is a central figure in Christianity. Even though we don’t have direct details of her birth recorded in the Bible, we do have some information. Some of the earliest Christian writers did describe her nativity.

The place of her birth varies according to different accounts. Some place it near the Sheep Gate in Jerusalem while others claim it was in Sepphoris in north modern-day Israel.
Date of Birth
As for the date, the Catholic Church celebrates the birth of the Blessed Virgin Mary on September 8. There is also a celebration of her Immaculate Conception exactly nine months earlier, on December 8.

Who were her parents?

The Protoevangelium of James describes how Mary’s parents, Saints Joachim and Anne, were grieved by their childlessness. Her parents were devoted to prayer and fasting until an angel came to greet them.

The angel and Mary’s name

Afterwards, the angel told them: “The Lord has heard your prayer, and you shall conceive, and shall bring forth, and your seed shall be spoken of in all the world.”
From the book, we are learning how Joachim took the newborn Mary to the priests, stating, “And they blessed her, saying: O God of our fathers, bless this child, and give her an everlasting name to be named in all generations.”
“…And he brought her to the chief priests, and they blessed her, saying: O God most high, look upon this child, and bless her with the utmost blessing, which shall be forever.” 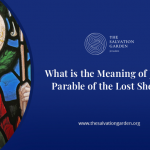 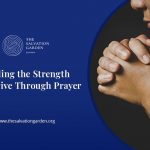 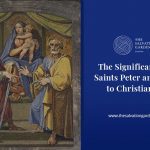