Every time we switch on the television or read the newspaper the first piece of news that catches the eye are reports about the deadly Coronavirus. Although some of us take the necessary precautions, most of us think that it’s happening in other parts of the world and hasn’t yet become a cause of concern in our city. I, too, was no exception to this notion and, like scores of other people, thought that the deadly Coronavirus would hardly affect me or any of my near and dear ones. After all, we were always careful about personal hygiene, watched what we ate, and visited our family physician regularly for health check-ups.

Winter was in its last phase and bidding adieu. The weather was changing and signaling the arrival of spring. One day, my husband came home and said that he was feeling tired and a bit uneasy. I brushed it off, thinking that it was one of those typical flu symptoms that always strikes when winter is on its way out. I did not give it much thought and gave him the regular anti-allergic medicine that the doctor usually prescribed to him in such situations.

The next morning, my husband woke up with a runny nose and sore throat; he even complained of breathlessness. As he was asthmatic, we always keep his inhaler handy, especially at night. He took his regular medication and decided to stay at home and take rest. But as the day wore on, his condition worsened and he started having frequent bouts of breathlessness. I knew something didn’t feel right and decided to visit the doctor. We got an appointment for the next day as it was already too late to schedule one for the evening. During the night, he started running a temperature and developed severe breathlessness. I decided to call an ambulance and take him to a nearby hospital.

The staff at the hospital took one look at him and admitted him to the ICU. I heard them whispering among themselves that all his symptoms seemed to be of the dreaded Coronavirus. I couldn’t believe my ears and just collapsed into a nearby chair. A nurse rushed to me and consoled me saying that it was just their suspicion. Only after they ran some tests and analyzed the results, they could be certain; it was simply speculation on their part at the moment and I should not lose hope.

The doctors kept him in a segregated ward in isolation. I was not allowed to meet him but only see him from behind thick glass doors. I had never felt so lonely and helpless in my life before. It seemed as if I was standing all alone without knowing what to do.

I called my aunt and told her what had happened over the last 48 hours. She told me that she was on her way to the hospital and I should take care of myself and not lose hope.

The doctors conducted a preliminary test on my husband to check whether the symptoms were indeed indicative of Coronavirus. The preliminary test result came out negative. Although it offered me a glimmer of hope, the doctors wanted to conduct another test to confirm whether he had Coronavirus. In the meantime, I received a photograph of my candle request and felt a bit relieved. In a few days, all the results came back and he tested negative. The doctors confirmed that the symptoms had occurred due to a severe case of upper respiratory tract infection. His symptoms were aggravated as he was a patient of asthma. But they assured me that his infection was under control and he was responding to treatment.  In a couple of weeks, he was discharged from the hospital and we came home.

My belief in the Almighty grew stronger after I had sent an online prayer request. Sometimes, we know that He is watching over us yet we need His divine blessings to touch us and give us courage and hope. Our belief in the Lord is strengthened when we are faced with the utmost difficulties in life. My experience taught me that the Lord never abandons us but shows us His mercy and divine grace. 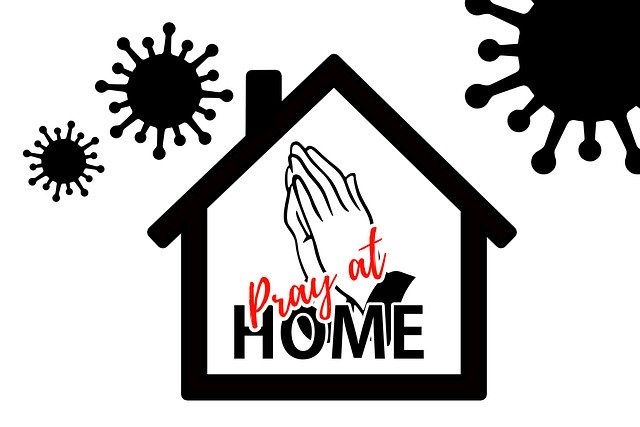