What is St. Joseph’s Day?

If you religiously wear red on St. Joseph’s Day or simply tuck into the grand feast laid out to celebrate the day, you may have also wondered about the history, significance, and traditions associated with this particular date. You attend mass to commemorate the occasion yet your heart wants to know more about the little-known facts about St. Joseph’s Day or interesting nuggets of information that have surfaced over time. Read on to find out more about the day and what makes it an important date on the calendar. For those of you who are unable to attend mass due to frail health or personal reasons, a prayer request can bring you a step closer to the Lord and strengthen your soul. A prayer request will enable you to be a part of the celebration in spirit without having to find the time or gather the resources required to travel anywhere.

Who is St. Joseph?

St. Joseph’s name appeared for the first time in the Gospels of Luke and Matthew. He was a carpenter by trade, the husband of the Virgin Mary, and the foster-father of Jesus Christ. He is a biblical figure whose lineage can be traced back to King David. The Bible states that Joseph was born in circa 100 BCE and died in circa 1 AD in Israel. Although he finds mention in the Bible, the 13 New Testament books written by Paul in the form of epistles do not even make a fleeting reference to him. Also, the first of the Gospels, the Gospel of Mark, does not mention his name.

The exact date and circumstances of the death of St. Joseph are not known. It is believed that he died before Christ’s ministry began. Joseph was declared the patron of the universal Church by Pope Pius IX in 1870. Pope Pius XII declared May 1 as the Feast of Saint Joseph the Worker in 1955.

The veneration of St. Joseph can be traced back to the 9th century. Nutritor Domini was an early title associated with him; it was to pay tribute and honor him as the Guardian of the Lord. His name finds a place in the Feast of the Holy Family, approximately on December 30 as well as the Christmas story.

When is St. Joseph’s Day Celebrated?

Traditionally, St. Joseph’s Day is celebrated two days after St. Patrick’s Day, i.e. March 19. It is celebrated by the Catholic Church, the Lutheran Church, and the Anglican Community. The Western calendars had accepted and marked the date in the 10th century. Studies show that St. Joseph’s Day had been accepted in Rome way back in 1479 and in 1621, it was added to the General Roman Calendar.

Why is it Celebrated?

St. Joseph’s Day is celebrated to honor the Patron Saint of Workers or San Giuseppe with plenty of food. But when we talk of food, we are referring to certain types of food that denote deep symbolic importance as well as small but significant gestures that promise to bring good luck. St. Joseph is revered as he brought relief to the peasants of Sicily during a severe drought on the island in the Middle Ages. The peasants prayed to the Lord through St. Joseph asking for rain so that they could survive and promised that if the harsh drought came to an end, they would hold an annual feast to honor the Lord and St. Joseph.

People attend mass and gather for a big feast as St. Joseph’s Day commemorates how the revered saint saved and helped the Sicilians to survive a severe famine during the Middle Ages. The Almighty answered the prayers of the people through St. Joseph’s intercessions. Hence people wear the color red in honor of the patron saint. A huge altar is prepared and decorated with flowers and food. The altar is also known as St. Joseph’s Table or La Tavola Di San Giuseppe. The food is contributed by everyone; the table is laid out with pasta and breadcrumbs, meatless foods, minestrone, seafood, and other delicacies. The breadcrumbs denote sawdust as St. Joseph was a carpenter. Fava beans must be included as it is considered to be lucky as it was the only crop that survived the harsh drought while all the other crops died. It is widely believed that if one carries a dried fava bean with him/her, the person is blessed with good fortune and will never be without money. 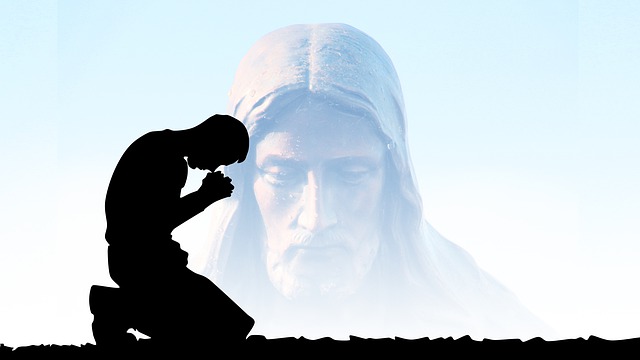