What is St. Patrick’s Day?

Whether you love wearing green and believe that St. Patrick’s Day gives you the perfect opportunity to literally “go green”, or your keen ear for Irish music and taste for Irish food and drinks brings you out on the streets to celebrate, there is much more to the day than just great food and revelry. You maybe Irish at heart or join the colorful and grand parade every year, but have you ever wondered about its origins and the meaning of the symbols associated with this day? And what is the religious significance associated with this day? Let’s explore this uniquely Irish day of celebration.

St. Patrick’s Day is celebrated on March 17th to commemorate the death anniversary of the revered patron saint of Ireland. From the early 13th century, St. Patrick’s Purgatory is commonly associated with spiritual healing and penance; the place is significant as it is here that St. Patrick had a vision assuring believers that whoever visited the sanctuary in faith and penitence would have their sins pardoned. Hence, the site draws scores of believers who pay homage to the patron, particularly on St. Patrick’s Day. But if planning a pilgrimage is not on your cards for personal reasons, a prayer request to the holy land  could go a long way in providing you with spiritual succor. A prayer request can bring inner peace by strengthening your belief and faith.

Who is St. Patrick?

St. Patrick was born in Banna Venta Berniae, a small town in Roman Britain, towards the end of the fourth century. Although his real name was Maewyn Succat, he chose to be called Patricius. There are many monikers associated with him, such as Moagonus, Succetus, and Cothirthiacus. During his lifetime, St. Patrick worked relentlessly in Ireland to spread Christianity throughout the region. He is believed to have baptized several thousands of people, guided women to nunhood, converted the princes in the region, ordained new priests, and helped in the formation and establishment of more than 300 churches.

Although Patrick was never canonized by the Catholic Church as there was no formal canonization process in place during the first millennium, he was proclaimed a saint by popular acclaim due to his work as a priest and helping to spread Christianity all over Ireland. St. Patrick preached the Gospel for more than 40 years and many believe that he may be responsible for popularizing the Shamrock, the three-leafed clover plant signifying the Holy Trinity of the Father, the Son, and the Holy Spirit.

The Shamrock is the most common symbol associated with St. Patrick’s Day. Many people can be seen wearing green attire as the color has found favor over time. There are many religious symbols that have gained significance, including serpents, snakes and the Celtic Cross. St. Patrick added the Sun onto the Christian Cross as it was a powerful Irish symbol and created a Celtic Cross. There are also other symbols related to Ireland seen on St. Patrick’s Day, like the harp; it was used in Ireland for centuries. Symbols like the Leprechaun, a mythological creature, as well as a pot of gold that the leprechaun keeps hidden, are also associated with this day.

Although there has been much debate over when and where St. Patrick died, it is widely believed that he died in Saul at Downpatrick on March 17. Hence, the date has been marked to commemorate his death.

In the 17th century, St. Paddy’s Day was started as a religious celebration to mark the arrival of Christianity in Ireland as well as venerate the life of St. Patrick. This day was always celebrated on the anniversary of St. Patrick’s death, popularly believed to be March 17, 461 AD. As time passed and more Irish crossed the Atlantic, the Feast Day celebration gradually gained popularity. In the early 1600s, the Feast Day was officially recognized and placed on the Catholic Church’s liturgical calendar due to the efforts of Irish Franciscan friar and historian Luke Wadding. The first St. Patrick’s Day parade took place in a Spanish colony in Boston in 1737.

Why the color green?

If you ever wondered why green is the color of choice when celebrating St. Patrick’s Day, you need to go back in time. The color associated with Feast Day and St. Patrick was blue until the Irish soldiers wore green when they fought against the British during the Irish Rebellion. In 1978, the song The Wearing of the Green, sung by the Irish soldiers during the war made green the new color associated with St. Patrick’s Day. Also the color of shamrocks, green emerged as Ireland’s mainstay color. 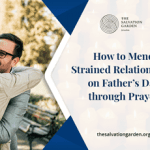 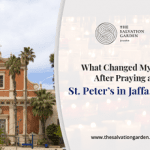 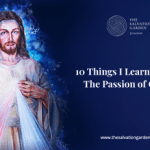 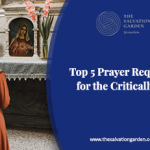