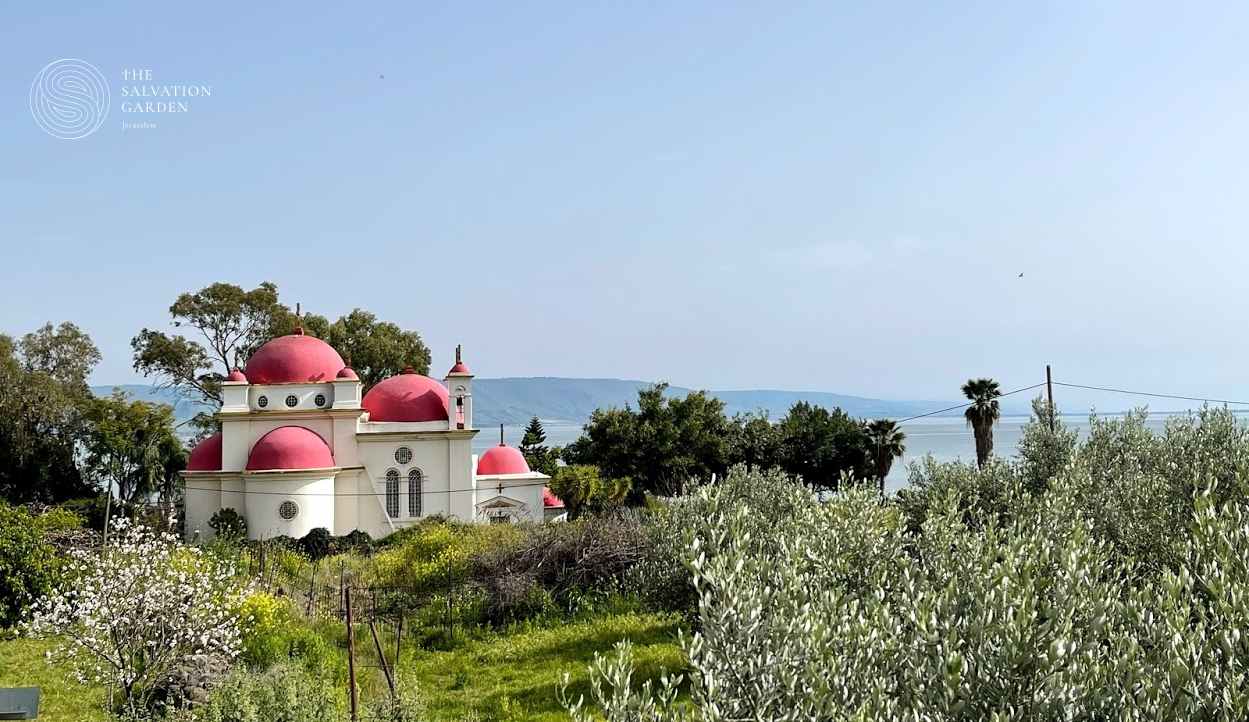 The spring season is just starting in the Holy Land and a perfect warm and sunny weather welcomed our special delegation to Capernaum. We traveled to the North of Israel to pray for our community members from around the world. The selected location was specifically selected by Jesus over 2,000 years ago.

Carrying with us your Holy Land prayer requests, We began the day early in the morning at Chorazin, a ancient settlement also mentioned in the Bible. The antique ruins of a beautiful synagogue tell a story of a strong community that lived here, where Jesus chose to spend several years. The fields around are still green, some with wild barley, as the area was know for growing wheat and barley.

Following our local guide, we then walked for half a day downhill, surrounded by green fields and wild plum trees. Looking closely at the trees, it’s easy to notice small thorns. Yes, these are no other but the Ziziphus Spina-Christi trees, known as the Christ’s Thorn Jujube. These trees were used for the crown of thorns placed on Christ’s head during His crucifixion.

As we continue to walk, a magnificent view opens in front of our eyes. A blue lake reveals itself in the distance, the Sea of Galilee. This view hasn’t changed throughout the many years that had passed. The Biblical view, the atmosphere, the blessing in the wind. All feels the same.

After several hours we reached the Northern shore of the Sea of Galilee. In this area called Capernaum, after the ancient Hebrew name Kfar Nahum (the Village of Nahum), Jesus chose to live for three years. Here He selected the first Apostles. And more than anything, here he answered prayers and performed miracles.

Prayers where directly answered by Jesus in this holy place. Jesus expelled a demon from a possessed man here (Mark 1:21-27). He cured a Roman officer’s servant of palsy, the centurion is thought to have had the synagogue built (Luke 7:3). Here Jesus also raised the daughter of Jairus from the dead (Luke 8:41-53).

Today, several churches stand in this holy site, referred to in the Bible as Jesus’ Own Town or the Town of Jesus. An old Catholic church in the Western side, alongside a Franciscan monastery. A Greek Orthodox Monastery to the East’ alongside the Church of the 12 Apostles. In between a long path allows believers to walk calmly and absorb the atmosphere. Not very far above, the Beatitude Monastery has beautiful views of the entire Capernaum area.

This is were we were honored and humbled to carry your prayer requests. One by one, printed, whispered, carried in the light wind of this blissful holy place. We pray that the prayers were heard. May they all be answered, Amen.